Another year down. Let's recap:
In 2010, we're looking forward to:
Andrea took this picture of Jacob today at lunch. He was eating a PB&J sandwich and decided he wanted to "eat with [his] nose." 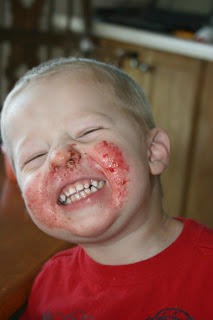