A mish-mash of February updates

All sorts of fun things have happened this month with us and the boys. Early on, we went to the Mall of America with my parents, taking the boys to Lego Land, where they saw one of their favorite characters in his full, larger-than-life splendor: 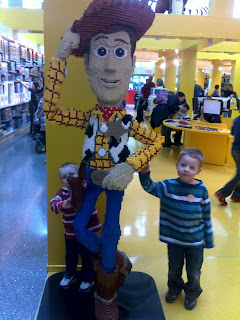 Then, we found that Jacob needed glasses as much as or maybe even more than Reed did, so we got him a pair as well. I've been wearing my reading glasses more, so we're a family of intellectuals, to an extent. 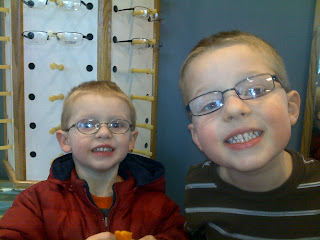 Last weekend, while running errands, we decided we didn't have enough things to keep us busy, so having two more creatures for which to care seemed in order. I think Andrea is trying to plant the seed in my head that we should get a dog; she suggested we get the boys a few fish so they would know what it's like to have a pet. (We gave Charlie up a year and a half ago; Jacob probably remembers him a little bit, but Reed likely doesn't.) Oh, and Jacob named these two fish Charlie and Hunter after our and Doug and Sarah's dogs, respectively. 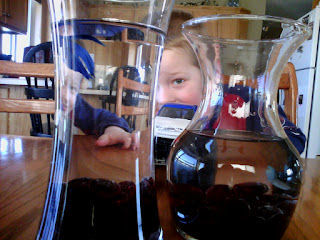 Last night, a package came in the mail from Nate and Lonnea. It was Andrea's and my Christmas presents (late, yes, but I don't mind). I opened it up to find two pairs of mittens, homemade by a friend of Nate's. 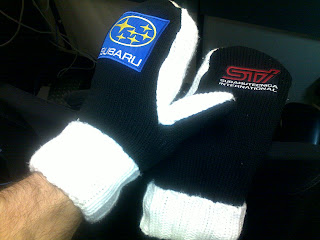 Mine have Subaru and STi badges on them; Andrea's have Clearwater Fire Department. They are quite warm. I'm almost disappointed that this winter has been so mild. Almost.
Posted by Adam Shirey at 10:14 AM