While Aaron and Elissa were away last weekend, we dogsat Cache. He was incredibly well-behaved, and both boys took to him being in our house. They actually were initially excited because they thought Cache was going to start living with us permanently. Reed especially loved being with the dog, regularly calling out, "Come here, Cachey!" and "Cachey, you can't come outside! What are you doing out here?" (while being very excited that Cache came outside to play with him). 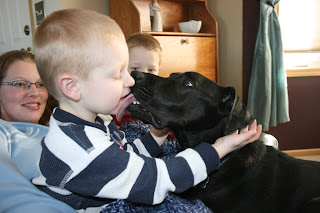 This morning, both boys wore their sunglasses on the drive to daycare, and the first thing they did when they put them on was immediately flip their glasses over their head and around back, saying, "I'm Uncle Josh." 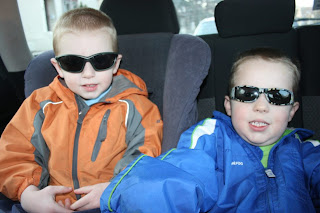